Woman of the Week…
To Single Mothers, My HEROES!

Words cannot truly express, how to describe the true HEROES of today! Many are their numbers and yet we NEVER hear anything about these amazing women. I find it startling that single moms aren’t given more recognition for ALL they do! How have we allowed ourselves to ignore the most determined, selfless, over worked and under paid of our society? Surely each and every one of us reading this article knows one woman who has been abandoned to raise her child(ren) on her own? When did we become that society that we choose to ignore rather then get involved in making a difference for these brave women? I ask myself how many of these women were even acknowledged this past Sunday? The truth of the matter is that these women aren’t only single mothers but they also wear the hat of Fatherhood. So many of them struggle day in and day out worrying about their children’s future and whether or not they are coming short of any needs. This past weekend during Mass/Service all the Fathers were asked to stand up to be acknowledged for their role in their families lives. How wonderful it would have been if the Pastor would have then said, I would like for ALL single mothers to stand and be acknowledged for their roles as well. How amazing it would have been if he then said, let’s give these amazing women a round of applause for their roles as fathers in the home.

As women we need to start supporting, validating and acknowledging these amazing women. We need to stand together and start asking the tough questions, like when did men start thinking it was acceptable to walk out on THEIR responsibilities? Why has the woman’s movement made it so easy for them NOT to be held to the same standard as women? Why are THEIR excuses being allowed to continue to exist and cause so much devastation?

Women were created for so much more and it saddens me that this past weekend these HEROES weren’t acknowledged, so for ALL of these amazing, gentle, loving, kind, strong, determined, unstoppable, and powerful mothers, I would like to say, Happy Father’s Day and a job well done!

Categories: Woman of the Week 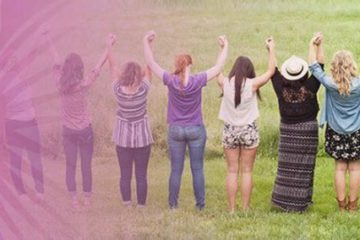 Woman of the Week

Every Woman Who Has Survived the Pain of Divorce….. This week I want to reach out to ALL those women who have survived the pain, shame, humiliation and betrayal that comes with the act of Read more… 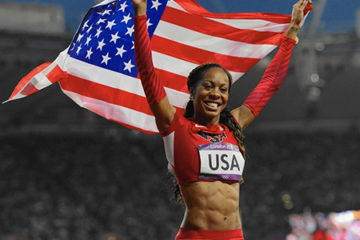 Woman of the Week

Her life seemed picture perfect. All her hard work was finally coming together and the Gold Medal was at her finger tips. Her Finance Aaron Ross was a corner back for the New York Giants Read more…